The Joy of Graphic Recording

Home / The Joy of Graphic Recording 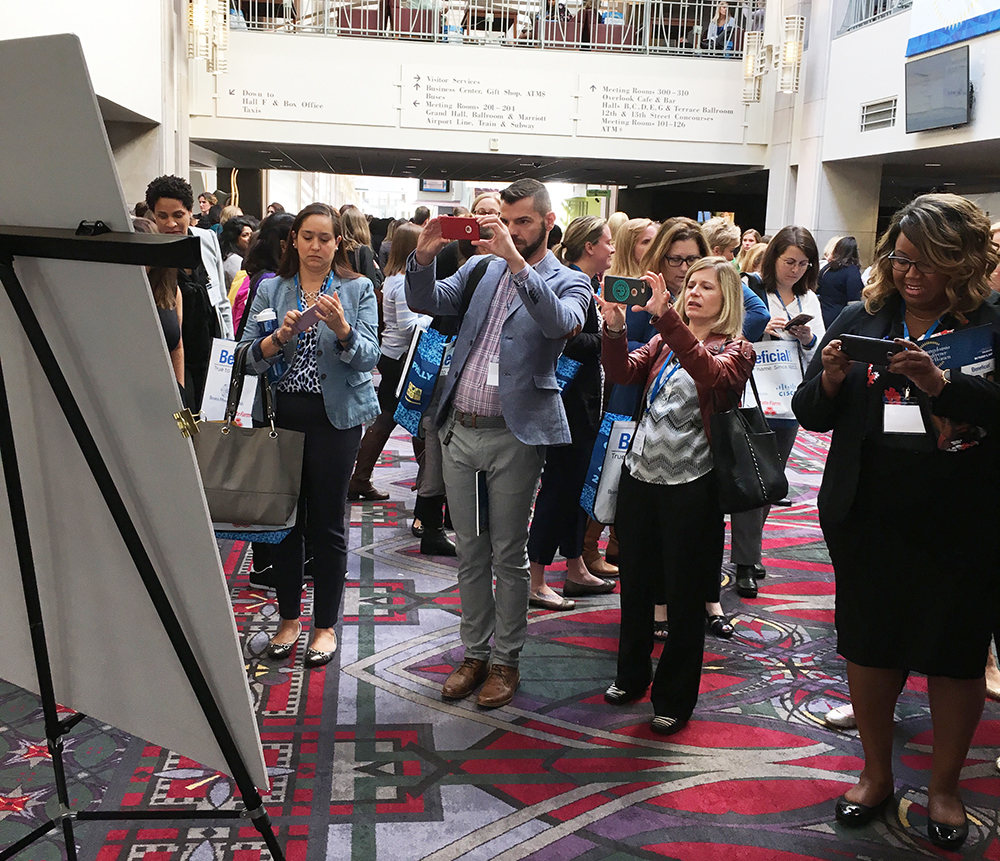 Great things happen when you include a graphic recorder at a speaking event or workshop. Comprehension increases, misunderstandings diminish, new perspectives are introduced and participants leave with an engaging and shareable information map that provides them with takeaways long after they’ve gone home.

But that’s always surprising is the sheer joy that graphic recording can spark in a group. It’s remarkable how excited people get when they see a presentation or discussion transformed into a colorful graphic live, as the event happens. It’s almost like magic—and magic is an element any event can use.
Recently, I was asked to do graphic recording at the Philadelphia Conference for Women. 12000 people showed up to hear an A-list roster of speakers, including Michelle Obama. As soon as the speakers finished, people began to surround the boards I’d been working on, taking pictures and commenting on the work. The excitement was palpable. When I moved the boards out into the lobby, so many people gathered to look that security asked me to relocate to avoid blocking the halls. Many in the crowd followed to the new location, and every time I checked back over the course of the day I saw more folks gathered in front of the work, often several deep. They were still there a half hour after the conference had officially ended, and when I finally took the boards down to give them to the organizers I practically had to wrestle them away from the late-comers who still wanted a photo. It was a very gratifying response, especially when the pictures appeared on Twitter and Facebook, beginning that afternoon and continuing through the next day.

The Pennsylvania Conference for Women was pretty exciting to begin with, but I have no doubt that graphic recording added a lot. Imagine how much more it can add to an event that doesn’t include experienced TED talkers and former First Ladies. It’s hard to quantify audience engagement, but if you’ve ever been at an event that lacked it, you know it’s important. Joy and delight are just two of many reasons to work with a graphic recorder, but they’re very good ones.