Yes, and…Graphic Recording, Improv and You 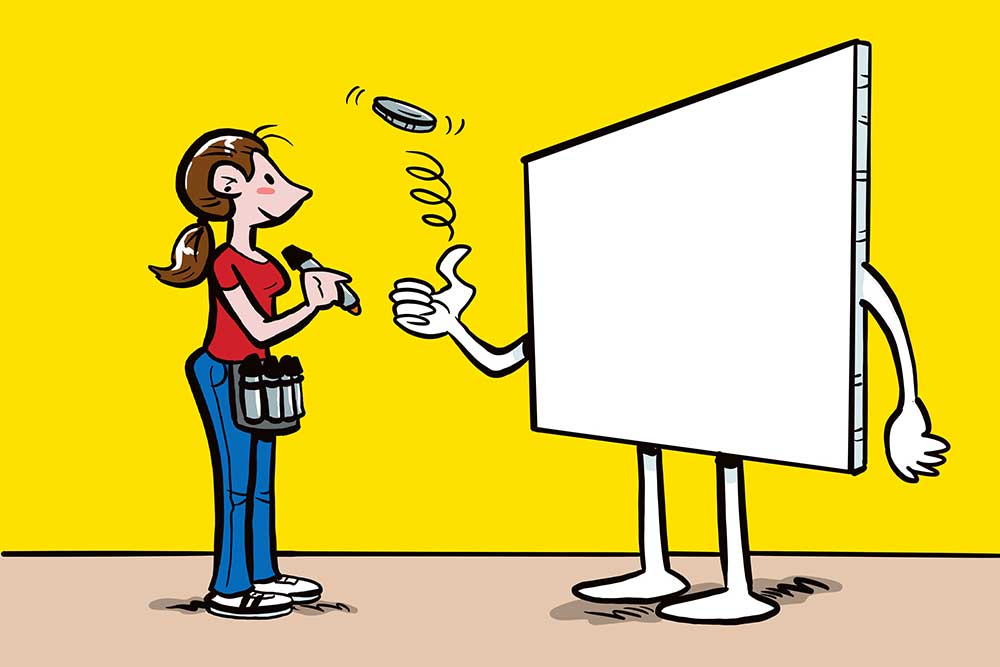 At a recent conference I was standing beside a just-finished graphic recording while members of the audience crowded around to get a closer look and take pictures. Among the people who introduced themselves was a man who looked familiar. It turned out that, along with the day job which brought him to the event, he was part of a local improv group whose shows I’d seen.

We ended up talking about the similarities between live graphic recording and theatrical improvisation. And while the fact that graphic recording is a kind of improv wasn’t a new thought, it got me thinking more about what that really means.

One of the main appeals of improv is the way it uses spontaneous creativity as a tool for transformation. Famously, improv performers say “Yes, and…”, which means they accept whatever another performer offers them and then try to expand on it to create something new and unexpected. Participants can’t control the process, only try to guide it in a productive direction.

No matter how well-briefed a recorder is before a meeting or a talk, there’s no telling how it will actually go. Discussions that were supposed to be long turn out to be brief or not happen at all. Unexpected topics come up and speakers veer off script. In the end, every graphic recording chart is a surprise.

Through improvisation, graphic recorders don’t just capture a moment, they also illustrate its creative potential. The looseness and creativity a skilled recorder brings into a room makes the entire interaction more positive. Participants feel inspired and excited and they take those feelings with them when they leave.

Add some visual improv to your next event. When it comes to graphic recording, just say “Yes, and…”